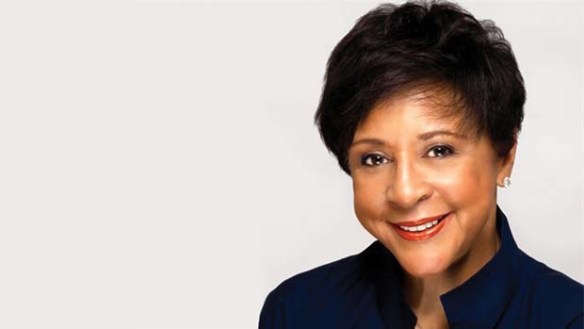 Sheila C. Johnson, best known as co-founder of Black Entertainment Television, made history in more ways than one. Not only is she one of the few African American women billionaires, she’s also the first African American woman to be owner or partner in three major professional sports franchises—the NHL, NBA, and WNBA. She is the current CEO of Salamander Hospitality.

As one of the richest black women in the world, Folorunsho Alakija is reportedly worth 1.5 billion, according to Forbes.

But beyond topping the Forbes list, most would be surprised to know she’s a wife and mother of four who started out as an executive secretary who rose to the top without a college degree. In fact, in 2014 she unseated media mogul Oprah Winfrey, as the richest black woman in the world.

Her primary sources of wealth are rooted in oil and fashion. Currently, Alakija is the vice chair of Famfa Oil, a Nigerian oil exploration company that has a 60% participating interest in block OML 127; one of Nigeria’s most lucrative oil fields, with partners that include Chevron and Petrobras, according to Forbes. Alakija launched her first business, Supreme Stitches, a fashion label that catered to upscale clientele—landing the former first lady of Nigeria, Maryam Babangida, as a client.

So right now, you might be asking at least one of the following questions: What are the keys to her success?  What does it take to juggle the competing demands of an empire and family? And, how does a woman compete in an industry like oil, that may be a boy’s club? Recently Africa Leads, a monthly Twitter chat focused on leading transformative conversations about Africa, caught up with Alakija to delve into the mindset of a global power woman. Check out the storify recap below: