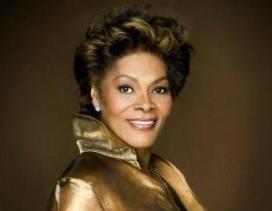 Fans of soul music icon Dionne Warwick sat wide-eyed and open-mouthed as she verbally took on Real Housewives star NeNe Leaks, Academy Award winner Marlee Matlin and anybody else who stood in her way on last season’s Celebrity Apprentice. Many simply weren’t expecting the legendary 70-year-old singer — easily one of the most successful female vocalists of all time— to be so fiery.

For her part, Warwick says she hadn’t expected the mood of the show to get as ugly as it did. She adds that if she had it to do all over again —she wouldn’t.

“The experience on Celebrity Apprentice was very interesting, to say the least,” laughs Warwick, who will receive the Legacy Award at this year’s Black Enterprise Women of Power Summit.

“I’ve known Donald Trump for many years, so when I was approached to do it, I thought, ‘Well, why not?’ But as time [on the show] went on, I found that it was not as cordial as I thought it would be. I felt that it got to the point that where my many years of impeccable achievements were a little bit in jeopardy by the surroundings that I was in. So I thought it best that I fire myself and bow out gracefully without destroying 50 years.”

And what a glorious five decades it has been: The Grammy award-winning singer scored her first hit in December 1962 with “Don’t Make Me Over,” and has been churning out the classics ever since —“Do You Know the Way to San Jose,” “Walk On By,” “Heartbreaker” and “That’s What Friends Are For.” She helped launch the legendary Soul Train Music Awards, raise millions of dollars for AIDS research, and served as a U.S. Ambassador for health.

Warwick attributes much of her tremendous success to keeping good people around her — something she recommends to anyone getting into the entertainment business. “I’m still working with the same people I’ve worked with over many, many years. There is a loyalty factor and a friendship factor that have become paramount. It’s important to stay surrounded by people you trust and who have your back — who have your best interest at heart.”

The singer says she’s proud to receive honors such as the Black Enterprise Legacy Award because they help introduce her to a new generation of fans. “It’s wonderful when what you do for a living has been accepted as something that people want to be a part of and will continue to enjoy over a period of time,” she says. “It’s very exciting.”

Keep an eye out for some new music from her as well: “I’d like to work with Earth, Wind and Fire, and George Benson,” she reveals as she prepares to drop a new album that will be out in March. “I’ll be touring to promote it.” Warwick says she also has plans to go back into the studio with legendary producer Phil Ramone, and that she’s considering recording a bunch of other projects, including a country album she’s been approached to do.

And keep an ear out for her niece, Whitney Houston, as well. “As far as I know [Whitney will have a new album out] this year.”

Are you a Woman of Power? Then Join us for the annual Black Enterprise Women of Power Summit hosted by State Farm, Feb. 15–18, 2012, at The Ritz-Carlton, Orlando, FL. This exciting, executive leadership summit is your chance to focus on YOU. Network with industry leaders, learn career strategies, find work-life balance, and start creating—and living—the life you really want! Register now and use code DGED12 to receive a $200 discount off the price of registration! (Cannot be combined with other offers).