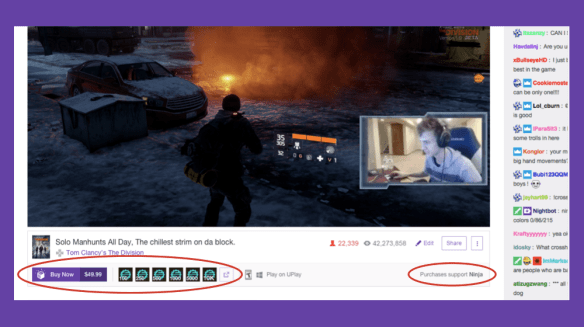 Amazon-owned Twitch is now a place where you can both watch and make money streaming video games.

Earlier in the year, the streaming service had hinted about the launch of the digital games store, and now they are open for business and watchers can buy games on Twitch.

“In the spring of 2017 Twitch will be launching a new initiative to allow the sale of games and in-game items on Twitch. Partnered broadcasters that opt in can earn a 5 percent share of the revenue from purchases that originate from their channel page,” the company said in their official post. The games streaming service also added that there will be around 50 titles available this week, including Firewatch, Psychonauts, For Honor, and Telltale’s Walking Dead series among others.

Your viewers will also get a Twitch “crate” that comes loaded with a few surprises. This could be an exclusive emote, Twitch’s version o emoji; Bits, a kind of Twitch currency; or a chat badge, indicating the status of a contributor within the community.

The beauty about this setup is that you don’t have to do any selling. You just need to play and enjoy your game and you never know, you might just make some revenue out of it.