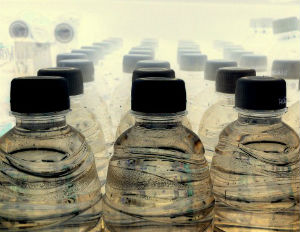 Founded in 1993 by the United Nations General Assembly, World Water Day is an annual event designed to call attention to the importance of accessible freshwater and highlight the activism surrounding this issue.

The citizens of Flint, Michigan, joined the 1.8 billion people around the world who are unable to access freshwater when their story made national headlines. Flint exposed the blatant disregard of the water’s lead levels by city and state officials, while exposing how access to clean water has become startlingly jeopardized. In light of World Water Day, here are three more U.S. cities struggling to ensure accessibility to fresh drinking water.

In late February 2016, the City of Jackson and the Mississippi State Health Department confirmed that lead had been found in the city’s water and issued a warning to residents, particularly pregnant women and children.

The unsettlingly high levels of lead were first noticed in June 2015, and went unreported until January 2016. Although 22% of homes tested in June  surpassed the federal “action” lead level (15 parts per billion), city officials maintain this does not violate the Safe Drinking Water Act.

Jackson officials claim that the water is not “unsafe” to drink, but still advises pregnant women and children to stick with bottled or filtered water.

On March 9, the Newark school district and the state Department of Environmental Protections reported higher-than-normal levels of lead, affecting around 17,000 students.

Data released by the NJ Department of Environmental Protection showed that during the 2014-2015 school term, 72% of school buildings had lead levels above the EPA’s acceptable standards.

Claiming that the school systems helped cover up the issue, the Newark Teachers Union released photos of expired water filters in Newark schools that were not among the 30 that tested positive for high lead levels. Newark Schools Superintendent, Chris Cerf, called the claims “irresponsible.” The Teachers Union has called for his resignation.

The meeting was called after The Guardian reported that scientists considered Philadelphia’s water testing methods as “worse than Flint.”

Although 2014 tests reported one home to have lead levels as high as 122 parts per billion, more than eight times the federal limit, the city’s faulty test procedures mean that the issue could actually be far worse.